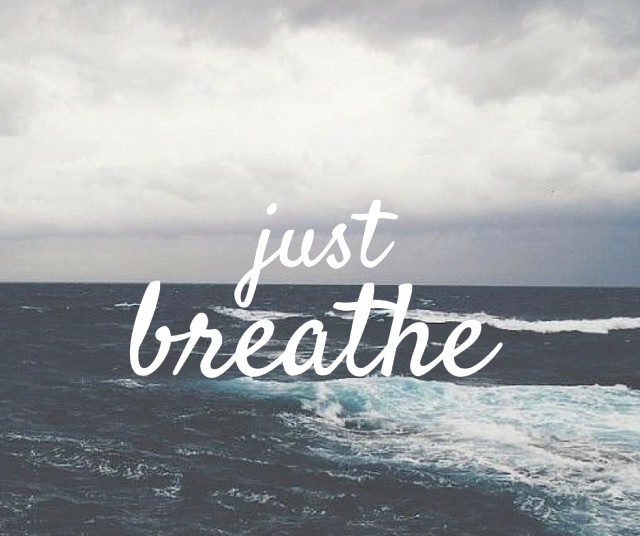 Almost nothing is ever counseled on the subject of breathing at either the beginning or advanced levels of training. Occasionally one will receive the obligatory disclaimer, “Exhale while lifting,” or “Don’t hold your breath!” Even the exercise participant himself begins to show an understandable level of annoyance when instructed to “breathe.” Then, the objections invariably follow, “But I know how to breathe, otherwise I’d be dead,” and, “My body knows how to breathe. I’ve been doing it since I was born.” Of course, the body knows how to breathe, if it’s left completely to its own devices; it’s the mind that always gets in the way!

A rare, personal aside… In the Fall of 2014 I underwent elective double jaw surgery, or radical maxillofacial reconstruction, to correct a progressive and disabling malocclusion of my jaw. The details are rather gruesomely unbecoming, but after a 7 ½ hour operation, at the hands of an extraordinarily skilled surgeon, my mouth was fitted with a plastic guard between my teeth and wired completely shut. Breathing through my nose was impossible, as the blood leakage from cutting through the facial bones had coagulated and sealed my sinuses shut. On top of that, my lower face was swelling rapidly under the pressure of the massive hematoma, and my respiration had already been suppressed by the opiate pain-killers. To put it lightly, this was a breathing catastrophe with no escape! As panic set in, I summoned for the nurses and residents to come quickly and cut open the wires on my mouth. I felt I was quickly going to die from lack of air! They checked my oxygen saturation and it was 99%; I was fine… supposedly. The wires would not be cut to satiate the panic of my mind. Therefore, two possible outcomes would restore my breathing to the normal, baseline state: 1) a quick shot of Valium, or any other anti-anxiety drug, into the IV; or 2) a complete nervous-system collapse where I pass out and start to breathe again calmly through the spaces of my teeth. In the end, it was something between a little of both that pushed me through the night and into the next day of recovery.

The important point of this story has been somewhat over simplified to highlight the powerful, utterly devastating, effect the sympathetic nervous system has over one’s internal state. The mediator between controlling the stress of the ordinary and the panic of extraordinary is the breath. In fact, it is one of the very few autonomic, and involuntary, functions of the body that can be directly, and voluntarily, manipulated. Breathing is the de facto liaison between the conscious and subconscious levels. How essential it is, therefore, that it is incorporated into the proper training regimen! Accordingly, I focus on breath during our physical rehab therapy sessions in nyc.

It seems women have a marginally better handle on the rudiments of proper breathing, maybe it’s more intrinsic or maternal, but in general the gross majority of the training population are subliminal breath-holders. This is not the “pinching-of-the-nose-while-jumping-into-the-deep end” type of breath holding practiced by a collective few in the isolation ward of a psychiatric hospital. These common place breathing interruptions are subtle, incomplete, stress fueled, staccato-like suffocations that go completely undetected throughout the rigmarole of the daily grind. Therefore, the first step in proper breathing is making sure the breaths themselves are complete, that is, that they are allowed to naturally occur. The second, and most practical step, is to consciously let the breaths fill and guide every movement to be undertaken during the course of one’s own particular training routine.

Breath training, in and of itself, does not belong to any specialized religious or martial arts practice. People often comment, “This is yoga,” or “I remember my wife doing this in Lamaze.” No system has the authority to claim ownership over the most fundamental, automatic, and intrinsic process of human life. However, the prevalence and wide diversity of breathing methodologies found across continents is just such a testament to the importance of this “exercise” technique. There is an excellent introductory guide to breathing exercises in the book Let Every Breath, by Russian Martial Art head instructor Vladimir Vasiliev. In essence, proper breathing is the first and only exercise. If mastered, no secondary exercise can prove harmful or lacking in benefit. So, “breathe… and do whatever you want.”